"And if I listen to, the sound of white"

The young and talented Missy Higgins comes from Melboune Australia!

Missy was first introduced to us in 2001. While still in high school she entered and won the
Triple J 'Unearthed' competition for her song All For Believing. This song soon caught
on and become one of the stations most requested song. Soon after that she signed with the
local label Eleven (Virgin/EMI).

Before hitting it big Missy spent a year in Europe where she wrote more songs and experienced
the world, which is all reflected in her music. While she was searching and experiencing all of
what Europe had to offer, a live recording of her song made its way to the United States. And by
the end of 2002 she had landed herself an international deal with Warner Bros Record. All of this
happened while still backpacking around Europe!

She is a petit girl with a big voice and a big future!

Both albums The Sound Of White and On A Clear Night and first DVD If you tell me yours I'll tell you mine are in stores NOW! 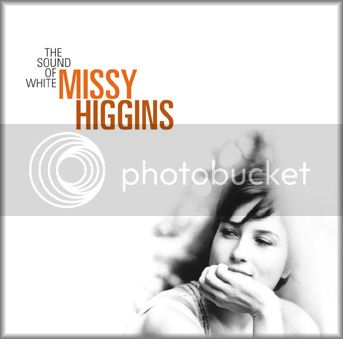 This is not an official community and is in no way personally associated with Missy Higgins or her official website.

theirstory with any suggestions or problems